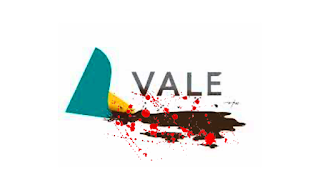 It has been two years since the criminal organization Vale buried lives, killing 272 people, 11 of whom have not yet been rescued from the mud in Brumadinho. On January 25, 2019, the mining tailings dam of the mining company Vale S.A. broke through. Having become a repeat offender, we must remember the 20 deaths in Mariana in the year 2015. A little over a month ago, on December 18, 2020, Vale was burying another person. The worker Júlio César de Oliveira Cordeiro, while operating a backhoe in an area of a tailings pit of Vale in Brumadinho, in the same place where the dam of the Córrego do Feijão mine collapsed. As in Brumadinho and Mariana, the Vale was aware of the risks.

At the end of November 2020, one child died, another had one leg amputated, and three others were seriously injured in a landmine artifact explosion within the settlement area made by Vale in Mozambique. In the district of Moatize, Vale operates one of the largest coal mines in the world. To carry out the extraction, Vale expelled 1365 families from their homes. This landmine explosion, a legacy of the war that Mozambique lived through until 1992, is proof that the settlement made by Vale did not meet the minimum security requirements in relation to the land handed over to the families.

A criminal architecture - Vale and State

Besides murders, there are also environmental crimes, the suppression of fauna and flora, the destruction of livelihoods and the population's means for survival, and irreparable damage to river basins.

A criminal architecture, where violence is the basic condition for mining. Mining always involves violence, the violation of rights. Vale well articulates this architecture, as a business strategy, dominating territories and the state institutions themselves.

After the Vale crime in Brumadinho, the warnings of dams at risk of rupture multiplied. Populations in municipalities like Nova Lima, Rio Acima, Ouro Preto, Barão de Cocais, Santa Barbara, Belo Vale, Itabirito and Congonhas were surprised with sirens and removal of people. Security measures, "escape route" signs and "meeting points" were installed, besides sirens. It became public populations in areas called Self-rescue Zones, in reality, Zones of Risk of Death. Once the sirens are activated, it is up to them to run. The State has imposed in several urban and rural territories the protocol of the Emergency Action Plan for Mining Dams.

Expanding the extractive frontiers and advancing over the territories at any cost is imperative for mining companies. Vale has developed meticulous expertise, based on its crimes, of imposing fear, to advance over the territories. The dam breaks at Mariana and Brumadinho are used to their advantage.  Through them, Vale uses its dams at risk, to spread a feeling of insecurity, to expand over the territories. Vale spreads fear throughout several regions of a state historically dispossessed by mining. In many municipalities meetings with companies have been announced. The people are gathered.  Maps, technical explanations, discussions and promises are presented. People discover themselves as affected by mining. The state in close relationship with it reinforces this perverse logic. The people are forced to evict themselves, they are extirpated from their territories of origin. Those who remain have a new routine to keep an eye on emergency calls and run, when necessary.

State institutions have surrendered to Vale and deny the rights of the populations in their territories; they make environmental protection legislation more flexible, facilitate concessions of permits, and allow companies to monitor themselves. In cases of major threats, criminal disasters, with real or invisible mud, they have created a real factory agreement. The Terms of Adjustment of Conduct, where victims and affected people are taken to the same table with their aggressors, criminals and are led to submit to their will.

It is necessary to denounce and confront this architecture, which we partially report, set up by Vale with the organs of State. Architecture that prevails in the territories affected by Vale's crime, in Brumadinho and in the Paraopeba River basin. This also applies to the other crime, of this same company, through SAMARCO, in Mariana, in the basin of the Rio Doce.

All the architecture in force can be summarised in the following: The criminal, in this case, Vale remains at ease to choose what kind of reparation, how and when to implement it, that is, it is up to the accused to establish the "punishment" that they themselves will receive.

Vale constantly minimizes security at the expense of a formalistic and legalistic discourse that complies with protocols, yet the results are inexorably destructive.

Compensation for the families of the victims and other people affected by Vale's crime in Brumadinho is still a pending issue. There is no transparency and the participation of the affected population is compromised by the difficulties in accessing information about the processes. State institutions, in particular the executive and the justice system, have surrendered to Vale.  By controlling the affected territories or those under threat, the scenes of the crimes are under the control of those who perpetrate them. In this process of agreements, Vale is decriminalized and the State strengthens its power in the territories. Empowered, Vale divides communities, increases their properties, extractive businesses and profits. Impunity reigns, without a real criminalization of those responsible.

In November 2020, the CNBB's Special Commission on Integral Mining Ecology sent a letter to the judge of the 2nd Circuit Court of the State of Minas Gerais, contesting the negotiation process of a partnership agreement between Vale and the Government of the State of Minas Gerais in the case of Vale's crime in Brumadinho. The document contests a series of conducts, such as the non-participation of the affected population, the "parallel management" of the State in the administration of resources, the exclusivity of the State Public Prosecutor's Office in the indications of audits and other issues, which, as pointed out in the document, disregard Brazilian legislation and violate the rights of the affected population.  The CNBB's demonstration can be understood as an appeal for state organs to have transparency in any type of negotiation and to guarantee justice for the people affected and the environment.

**is co-founder of the Coletivo Decolonial, a researcher on socio-environmental conflicts in Latin America and a volunteer & individual associate member of the London Mining Network