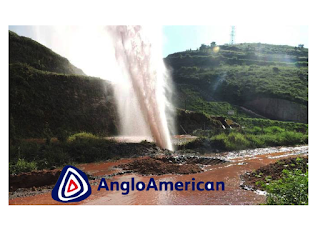 A history of constant changes, lack of transparency, conflicting communities and threats, these are some characteristics of the Anglo American Project Minas Rio, of which the ruptured pipeline is part of the project.

With a new disruption, in Minas Gerais, occurred on this Thursday (29), the Institute of Environment and Renewable Resources - IBAMA suspended the environmental license of the Anglo American pipeline. Two days ago IBAMA had authorized, Anglo American to return with its operations, interrupted after the rupture of the same pipeline, on March 12.

The rupture occurred in Santo Antônio do Grama, in Zona da Mata region, the Minas Gerais state, Brazil, near the site of the previous rupture, less than a month ago. IBAMA requires inspection of the structure and technical report. T that time 450 m³ of ore were discharged during 45 minutes, polluting the Rio Santo Antonio and Rio Casca, according to the Minas Gerais Public Ministry (MPMG)

Minas Rio Project and the water

Anglo American, according to the data contained in the license, uses 5,023 m3/h between surface water and groundwater and its activity lowers the water table and destroys the recharge areas and the aquifers because it is in the iron ore layer that water accumulates. At least six communities are already living with pumped water and some are left without water for days because the springs had dried up.

A pipeline transports powdered ore, suspended in water, forming a pulp, to a port of export in Açu, on the coast of the state of Rio de Janeiro. This pipeline is 525 kilometers long and passes through 32 municipalities, 25 in the state of Minas Gerais and 7 in the state of Rio de Janeiro. Land was expropriated to build this pipeline and the construction caused severe damage both to agricultural livelihoods along its route and to local ecosystems: pastures were cut in two by a deep fissure where the pipeline was driven into hilly areas, and erosion has increased. Port construction also involved the expropriation of land, and led to erosion of beaches, flooding and pollution of local farmland by seawater.

Lack of transparency and constant changes

The Minas-Rio venture is marked by a lack of transparency and constant changes in its projects and studies. This prevents the population from understanding the actual size of the enterprise and its impacts. For example, although the Operating License given in November 2014 predicts that Step 1 activities would be for 5 years, the Step 2 license was granted in October 2016. Only a year later, within the 5 year period provided for in the first license, the licensing process for step 3 has been completed. The lowering of the water table, which should start only in the 5th year of mining, was done in March 2014, even before the Operation License was granted. In the early studies, it was argued that there would be no need for new areas for sterile deposition. However, the Step 3 application states that there will be a need for new areas for sterile disposal.

The Minas Rio project has been causing division in the local communities, since those who hope to gain from mining are placed against those whose livelihoods are being undermined by it. Opponents of mining say that the company and the state act so intimately together that they have become almost indistinguishable. They call this "corporate capture" and this means that they do not trust the state to defend the interests of local communities against the mining company.

Since April 11, 2017, when a court decision suspended a public hearing set by Anglo American, under the licensing process of the third stage of expansion, a process of threats and intimidation was instituted.

Five people representing communities and social organizations who signed the injunction that led to the judicial decision began to be physically threatened, including death threats, and their reputations attacked. Messages were shared on the social media networks Conceição do Mato Dentro and Alvorada de Minas revealing the names of the signatories and reproducing the official communication from Anglo American, which stated that the suspension was causing problems for the licensing process and jeopardizing the operational continuity of Minas Gerais River.

Brazilian Government notified by the UN

The continuity and escalation of threats against human rights defenders led the Office of the High Commissioner for Human Rights to make a notification to the Brazilian government. In this notification, this United Nations agency cites the threats against human rights defenders in the context of the expansion of the Minas Rio project of Anglo American, the limited capacity and lack of independence of the Minas Gerais state authorities to effectively protect defenders of the human rights involved, as well as mention the underlying environmental and social impacts of the Anglo American Minas Rio Project. Click here to read the notification text.